Get the ultimate multi-cuisine experience!

Get the ultimate multi-cuisine experience! 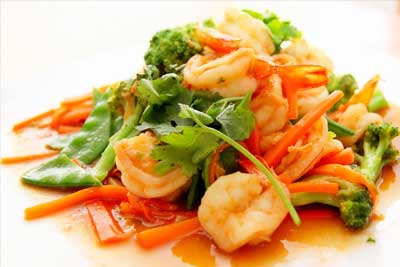 If you are having a special event then our party trays are the perfect addition.  Pick your favorites and enjoy

Enjoy some of our traditional Vietnamese dessert dishes

From Boba to teas to beer and wine, we offer a wide range of drinks to pair with any of our delicious dishes

A National Dish Of Vietnam

Vietnam is a small country in Southeast Asia. In comparison to the United States, Vietnam is smaller than the State of California. Though small, it is a country which was established thousands of years ago.

The country has three various regions: the North, the Central and the South and they differ in climate, terrain and natural resources. These differences determine the kind of food available and the cooking style of each region.

The speciality of South Vietnam (Saigon) is HU TIEU. It is a rice noodle soup cooked with pork or chicken and served with rau bean sprouts.

In Central Vietnam (Hue), the speciality is BUN BO HUE, it is a spicy beef soup with rice noodles.

In Northern Vietnam (Hanoi), the speciality is PHO, it is a healthy rice noodle soup cooked with beef. Pho is a national dish of Vietnam.

There are 19 varieties of beef noodle soup depending on how you like to order. The main ingredients of PHO consist of: the broth made from beef bones, beef, rice noodles and a variety of different spices such as ginger, star arise, parsley, green and white onions, chopped or shredded. PHO is usually served with a side dish of fresh bean sprouts, special basil leaves, lime and sliced chili peppers.

PHO can be consumed at anytime of the day. It is believed by the Vietnamese to be a very healthy dish. It is used to cure ailments such as the common cold or fever. Treating illness with food is a common practice in Vietnam.

Traditionally, a cup of freshly brewed coffee with sweetened condensed milk, either hot or with ice is served after a bowl of hot bowl of PHO. PHO is considered the most popular dish of Vietnam.

The bread is the BEST. Crazy good prices for delicious food. I love the atmosphere while dining in and the service is super quick when ordering to go! There are a lot of photos places closer to home but it's worth the trip for my favorite sandwich!

When I'm at work and have an urge for a bowl of pho with quick service this is the place to go. I place my order and it's out in minutes. They have pretty good pho too. I don't eat too many pho places cause I'm a little favorable to my mom and grandmas recipes but this place will be my go to when I'm in Point Loma and want some pho.

Yummy!!!!! My mom and I got out of church, and we're hungry. Because the day was cool, and cloudy, we decided to eat something warm. Parking in front of the restaurant, is compact, and small. But because there is a Michael's adjacent to the restaurant, there is plenty of parking available over there. The staff was so friendly and welcoming. We ordered the seafood pho, and it was very good. Broth was seasoned just right. Not salty at all. And the serving size was perfect. Everything tasted fresh. No complaints. I would definitely go back, and I definitely recommend this place.

Been eating here 3 years and this is by far the best pho in the area right now. And so fast it's almost impossible. I literally just watched a couple sit down, immediately had their order taken, had their drinks in less than 60 seconds and their food in 95 seconds. Amazing speed, quality and price

The pan fried egg noodles where super... excellent execution. Simple yet well done.
The service was fast, efficient and friendly.
The price was just right .
Super happy with this place.

Our establishment is privately owned and stands as the first Vietnamese Restaurant in Point Loma, San Diego CA.  If you've supported us, we thank you and we wish for you to continue your patronage.  If you're new in the city of San Diego or have yet to have a try, we invite you to join us in finding your taste of delight.